This article is going to compare the analysis between trampolining and running. Let’s see and check the below statistics to know the difference.

Rebounding on a trampoline burns around 210 calories in 30 minutes. It equals 30 minutes’ jogging with the 4 mph speed. As you can see, trampolining and jogging almost produce similar effects if we narrow down to a certain comparing level. However, what you don’t see is that the trampolining demands less with your heart. That means it’s gonna make you feel more comfortable than jogging.

Besides that, the impact on your joints is one thing we can not ignore during running, but trampolining can remove your worries about that. There is less shock occurring than on the hard-rock surface, and 70% of the pressure is absorbed by the bouncing jumping mat.

If the above data can not fully convince you, let’s check the views from two authoritative institutions and see how is thing going.

Back in the late 1970s, NASA had published a view for the benefits of trampoline workouts. That led to a huge passion for trampoline workouts in the back-then society. The explanation is the workout on a trampoline would get your whole body and core engaged. That involved lots of muscle mass, which clearly burns more calories.

However, the following researches were quite confusing in the 90s, not supporting this view from NASA. In order to figure this all out, American Council on Exercise(ACE), the globe’s biggest health and fitness non-profit organization, decided to carry on a study to find the real truth.

The study was simple, they gathered 24 colleague students. All of them needed to work out on a trampoline, and running on a treadmill. During these two processes, every minute the changes in their body were recorded.

It turned out that the result didn’t show a shocking and evident difference between the two activities with various testing indexes. With that being said, the trampolining process was more comfortable than running, despite the roughly same outcome.

Trampolining is a unique way of exercise. We should not underestimate the value of easiness and comfortable feeling during the workout.

When people doing other types of exercise, they can clearly feel more pressure and exertion. This is true and backed by a scientific report.

Trampolining tends to mean more fun than ordinary types, though fun is not our first priority during workouts. But most of us usually can not hold exercise on for a long time if there is too much pressure and exertion. If we want to develop a long-term habit, we need to do it because we like it and enjoy it.

Trampoline tricks are something that can help us remarkably gain the fun and outcome of trampolines. You see, trampolines... read more

Five Reasons to Tell Why Trampoline Is Good

Why trampoline is good? trampolines can be good in many ways, actually. Not just for the well-being of your... read more

How to Choose Adult Exercise Trampoline

The topic about adult exercise trampoline is hot and popular nowadays, you can just do some exercises at home.... read more 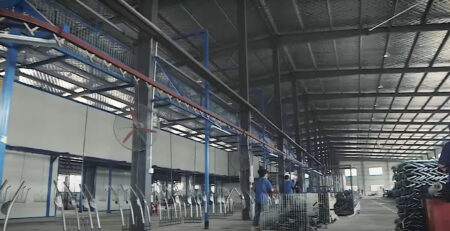 How to Make A Trampoline with All Details

The production of the trampoline is not too hard to explain. It's going step by step, but the whole... read more